I’m investigating populating the temple with a few Priests.  I think this will help establish a true sense of scale during the VR experience.  Given existing time constraints, these will be non-animated characters.  But, I am hoping to have them posed (similar to the dioramas at the Museum of Natural History in New York).  I’m not sure if they’ll be doing their daily rituals or if it would be a slice of time during some kind of narrative.

Besides establishing height, I’d like to focus on the model’s clothing.  I’m having a bit of a challenging time finding specifics on what priests would wear during that time period. Looking over statues, and hieroglyphs of priests, it appeared that the main priest wore a leopard skin slung around their left shoulder. 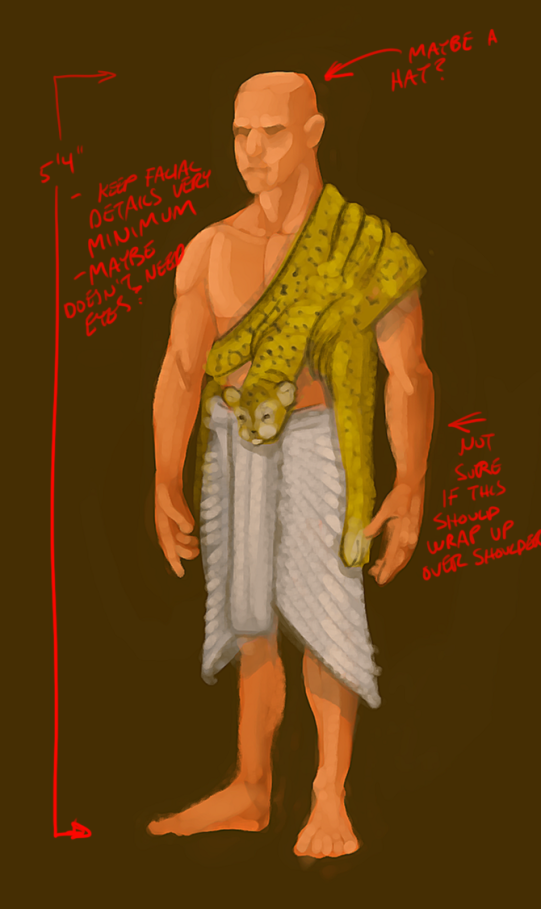 After doing an initial sketch (trying to make sense of how the clothing is draped) I discovered that that’s not the type of priest I was looking for…..which as it turns out is the UAB (or Wab) priest. 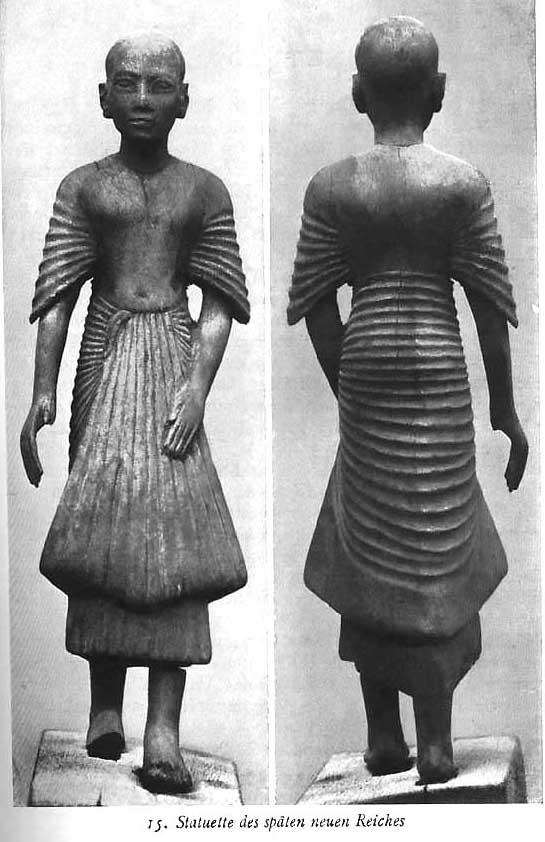 I did a few sketches based off of the images I found. 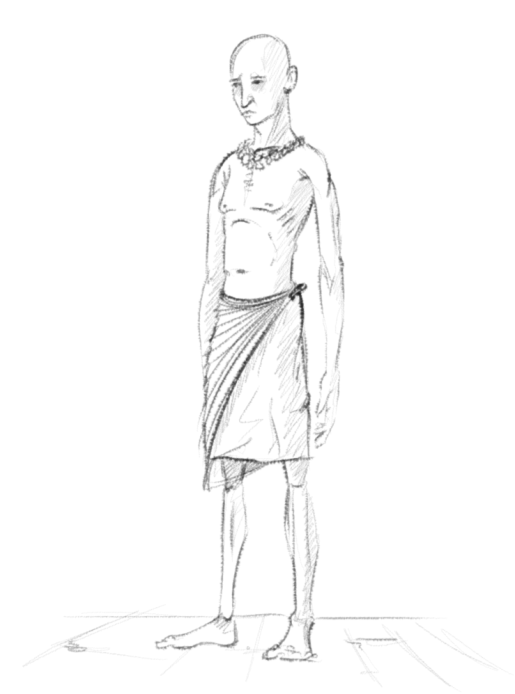 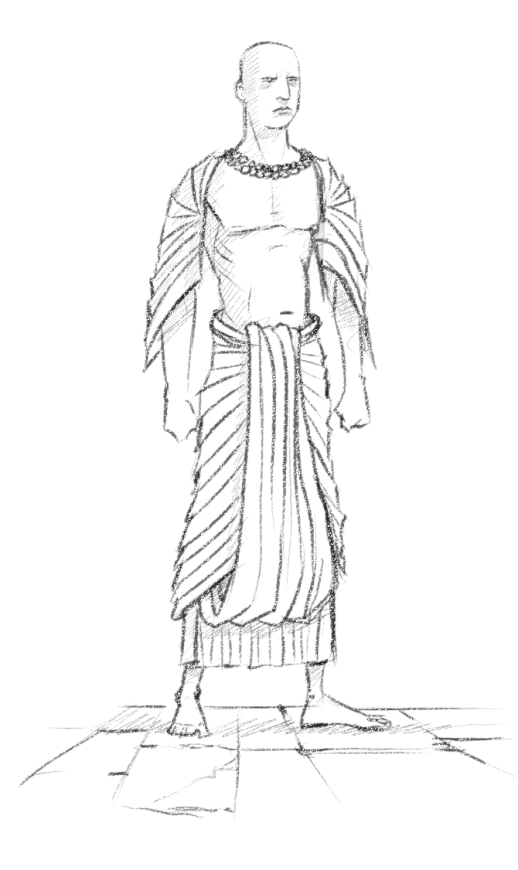 I wasn’t sure how the sleeves were attached.  At first I thought they were float somehow….which didn’t really make sense.  I then read that they were sleeves of a shirt (obviously), so I updated the illustration below.

I noticed that the priest seem to wear some kind of necklace.  I’m trying to track down some reference, and found this (see below)…..however I’m not sure if this was just for the pharaoh or also worn by priests.

Now that I’m getting close to the final stretch, I’m bringing on some additional hands to help with some of the outstanding elements.  Sean Zhang, an excellent character modeler from Ubisoft,  is going to help build the priests.  My initial idea would be to treat the human element more stylized and representational, so that the focus would be the clothing.  But, it would be cool to have a little more details, maybe the skin could be colourless and have a different texture, like that of a mannequin?

Here are a few of pics of Sean’s initial sculpts.

We’re looking into Marvelous Designer for the clothes creation.  Have a look at their impressive showreel.

I was immersed into the world of virtual archeology for my Masters Research Project at Ryerson University.  The focus of this project was the digital reconstruction of the el-Hibeh temple in Egypt.  After four months I believe I was able to demonstrate the potential this medium has to offer as a way of bridging the past and present. I'm currently visualizing the past, present, and future of a pre-contact indigenous community. View all posts by Kris Howald